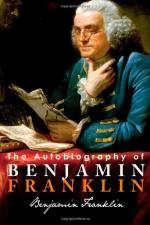 This encyclopedia article consists of approximately 17 pages of information about Excerpt from Benjamin Franklin.

Excerpt from Benjamin Franklin: A Biography
in His Own Words

Reprinted in In Their Own Words: The Colonizers

". . . I found myself in New York, near 300 miles from home, a boy of but 17, without the least recommendation to or knowledge of any person in the place, and with very little money in my pocket. . . ."

In the eighteenth century the Enlightenment (a movement that stressed rational analysis and observation) was sweeping Europe, and influential thinkers were looking at the world in a different way. The Enlightenment had an impact on science, religion, philosophy, politics, and the arts, as traditional views were being questioned and replaced with radically new theories. One of the most important changes was the idea that God was not an all-powerful force that controlled every aspect of human life...