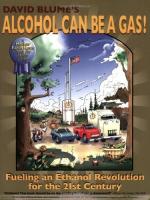 This encyclopedia article consists of approximately 4 pages of information about Ethyl Alcohol.

Miscible with water, ether, acetone, and most common organic solvents

Ethyl alcohol (ETH-uhl AL-ko-hol) is a clear, colorless, flammable liquid with a sharp, burning taste and a pleasant, wine-like odor. It is one of the first chemical substances discovered and used by humans. Ceramic jugs apparently designed to hold beer have been dated to the Neolithic Period, about 10,000 BCE. Some scholars suggest that humans may have learned how to make beer and incorporated it into their daily diets even before they made and used bread. The making and use of wine is a clear theme in Egyptian pictographs dating to the fourth millennium BCE. There probably does not...

More summaries and resources for teaching or studying Ethyl Alcohol.

Ethyl Alcohol from UXL. ©2008 by U•X•L. U•X•L is an imprint of Thomson Gale, a division of Thomson Learning, Inc. All rights reserved.