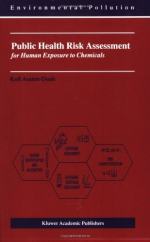 This encyclopedia article consists of approximately 1 page of information about Emission.

Release of material into the environment either by natural or human-caused processes. This term is used especially in describing air pollution for volatile or suspended contaminants that result from processes such as burning fuel in an engine. Definitions of pollution are complicated by the fact that many of the materials that damage or degrade our atmosphere have both human and natural origins. Volcanoes emit ash, acid mists, hydrogen sulfide, and other toxic gases. Natural forest fires release smoke, soot, carcinogenic hydrocarbons, dioxins, and other toxic chemicals as well as large amounts of carbon dioxide. Do these emissions constitute pollution when they originate from human sources but not if released by natural processes? Is it reasonable to restrict human emissions if there are already very large natural sources of those same materials in the environment? An important consideration in answering these questions lies in the regenerative capacity of the environment to remove or neutralize contaminants. If we overload that capacity, a marginal additional emission may be important. Similarly, if there are thresholds for response, an incremental addition to ambient levels may be very important.

More summaries and resources for teaching or studying Emission.

Emission from Gale. ©2005-2006 Thomson Gale, a part of the Thomson Corporation. All rights reserved.