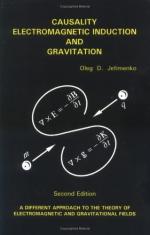 This encyclopedia article consists of approximately 3 pages of information about Electromagnetic Induction.

Within most electrical circuits, an electromotive force, or EMF, is produced by a source of potential difference within the circuit. The source of potential difference is usually some form of battery or capacitor. Electromotive force drives current flow between areas of differing voltages in a conducting material. The movement of charges or current flow is directly proportional to the EMF and inversely related to the resistance of the conducting material.

An EMF that causes current within a circuit can, however, be created from an outside...

More summaries and resources for teaching or studying Electromagnetic Induction.

Electromagnetic Induction from Gale. ©2005-2006 Thomson Gale, a part of the Thomson Corporation. All rights reserved.