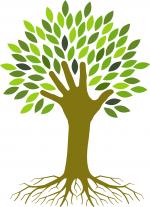 This encyclopedia article consists of approximately 2 pages of information about Ecologist.

If a butterfly flaps its wings in the Amazon, it causes a typhoon in Asia. This half-joke by ecologists illustrates their belief that all life on Earth is connected in a delicate and barely understood balance. Ecologists study the web of relationships between the plants, animals, microorganisms, climate, and geography of a given habitat.

The term "ecology" was devised by German zoologist Ernst Haeckel in the mid-1800s to mean the study of home. In his time, most scientists studied species in isolation. Haeckel realized the importance of looking at the links between animals and the places in which they live.

Biologist Rachel Carson enlarged on the ecological principle of the interconnectedness of life with her books in the 1950s about the sea. She described how living creatures interact to form communities of mutual dependency and how the vast currents of air and water connect the activities of one habitat with all others on Earth.

Once considered by science to be hostile and competitive with one another, species are now known to cooperate in elaborate ways, suggesting to some ecologists that the entire planet behaves as a single living organism, with the health of any one part mirrored in the whole.

The necessary coursework for a college degree in ecology includes chemistry, calculus, physics, genetics, biostatistics, and geology or biogeography. Ecologists also study neurobiology; cellular, developmental and molecular biology; physiology; and behavior. Their training consists of laboratory work and at least one semester of fieldwork.

Virtually any question concerning how life operates is open to an ecologist. Some of the fascinating puzzles investigated by ecologists include how pesticides cause bird species to decline, why pollution from fossil fuels could affect the atmosphere, and even how the flight of a butterfly might cause a typhoon.

Quinlan, Susan E. The Case of the Mummified Pigs and Other Mysteries in Nature. Hones-dale, PA: Boyds Mill Press, 1995.

More summaries and resources for teaching or studying Ecologist.

Ecologist from Macmillan. Copyright © 2001-2006 by Macmillan Reference USA, an imprint of the Gale Group. All rights reserved.