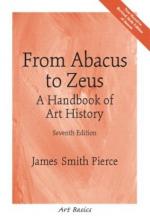 This encyclopedia article consists of approximately 6 pages of information about Early Counting and Computing Tools.

Early civilizations developed a variety of ways of representing and manipulating numerical quantities in addition to the use of written symbols. Systems based on counting fingers and sometimes toes were replaced by tokens with a variety of numerical values, and devices for doing elementary arithmetic by the manipulation of physical objects followed. Counting boards and the abacus remained in widespread use through the Middle Ages and into the Renaissance.

Long before the invention of writing, humans appear to have developed some sense of number. Carvings made on bones found in Africa dating from the Upper Paleolithic period have been interpreted as a rudimentary means of counting the days for each phase of the moon. Also ancient and nearly universal is the tally stick, a piece of wood on which notches could be carved as animals or other objects...

More summaries and resources for teaching or studying Early Counting and Computing Tools.

Early Counting and Computing Tools from Gale. ©2005-2006 Thomson Gale, a part of the Thomson Corporation. All rights reserved.