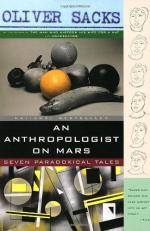 Developments in Anthropology, 1900-1949 - Research Article from Science and Its Times

This encyclopedia article consists of approximately 6 pages of information about Developments in Anthropology, 1900-1949.

Before 1900 anthropology was in one way a racist science. The nineteenth-century idea of evolution gave some European peoples (including those in North America) a reason to believe they had a superior culture because they had "evolved" more than other races. In the early twentieth century, the German anthropologist Franz Boas (1858-1942) challenged the conception that non-European cultures were inferior. He inspired a number of anthropologists in America and Europe to study all cultures with the belief that every culture is unique and should be studied on its own terms, instead of within the all-encompassing and judgmental evolutionary scheme. The variety of approaches that anthropologists developed in the period 1900-1949 reveals that they did as Boas suggested. Thus, by 1949, the notion that Europeans were superior to other cultures and races had been significantly challenged by anthropologists.

Anthropology appeared as a distinct...

More summaries and resources for teaching or studying Developments in Anthropology, 1900-1949.