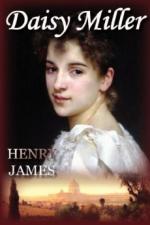 Daisy Miller - Research Article from Literature and Its Times

In the 1800s, Americans took to traveling in Europe in huge numbers. Newspapers across the nation were filled with travel accounts, and many of America's most prominent writers, starting with and including Washington Irving, Nathaniel Hawthorne, Margaret Fuller, and Ralph Waldo Emerson, recorded their impressions of the European people and places that they encountered. Henry James not only traveled but lived abroad for much of his life, attending school in Switzerland (like the young man Winterboume in Daisy Miller) from the age of thirteen. He later used this experience to write stories that pitted American innocence against European sophistication in the context of changing social codes, both in the United States and abroad.

Events in History at the Time of the Novella

Americans abroad. Why was there a rush to travel to Europe in the 1800s? Historians propose several reasons. First, by the...

Daisy Miller from Gale. ©2008 Thomson Gale, a part of the Thomson Corporation. All rights reserved.