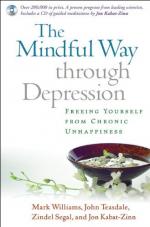 Table of Contents
Excerpt from "Public Vs. Private Financing of Relief Efforts" by Herbert Hoover
Excerpt from "The Roots of Social Security" by Frances Perkins
Excerpt from "Inaugural Address, March 4, 1933" by Franklin D. Roosevelt
Order our Crisis of the Great Depression Encyclopedia Article

This encyclopedia article consists of approximately 29 pages of information about Crisis of the Great Depression.

Excerpt from "Public vs. Private Financing of Relief Efforts"

Delivered in a press conference on February 3, 1931
Reprinted from Public Papers of the Presidents of the United States: Herbert Hoover, 1931
Published in 1976

"The friendliness and charity of our countrymen can always be relied upon to relieve their fellow citizens in misfortune."

Herbert Hoover's presidential philosophy was based on voluntary cooperation and business self-regulation. Hoover believed that Americans would always answer the call for contributions to support local charity organizations and national groups such as the American Red Cross. He strongly believed that federal involvement in aiding the needy would stifle individual donations and lead to the dismantling of the nation's many charitable organizations. He pointed out that far more funding came...

More summaries and resources for teaching or studying Crisis of the Great Depression.

Crisis of the Great Depression from UXL. ©2005-2006 by U•X•L. U•X•L is an imprint of Thomson Gale, a division of Thomson Learning, Inc. All rights reserved.