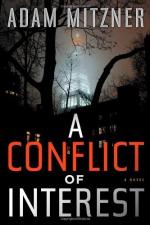 This encyclopedia article consists of approximately 1 page of information about Conflict.

Conflict, in the context of computers and computer science, refers to a situation where components of computer architecture are unable to function. Both hardware and software components are subject to conflict.

A conflict can arise because a hardware device is competing against another device, because of a malfunction in IRQ Interrupt Request (a communications channel between a device and the computer's processor), or because an address that is important to the function of a device is not being recognized. Each device attached to a personal computer requires a unique IRQ. A conflict arises when two devices have the same IRQ setting. The most common example of an address conflict is when a device driver of a newly installed device fails to conform to the configuration of the computer system in which it is being installed.

There are several other potential sources of hardware conflict. One is a malfunction is the CMOS Setup, which is memory that store's a computers configuration (type and specifications for the hard drive, display information, system clock, and other items). The connection ports of peripheral devices to the computer can also be sources of conflict.

Conflict can also arise between software programs. This can occur because a file is not recognized or because a computer's memory will not support the simultaneous performance of both software programs. Solutions to such conflicts can involve running only one program at a time, or deleting or correcting the implicated malfunctioning file.

More summaries and resources for teaching or studying Conflict.

Conflict from Gale. ©2005-2006 Thomson Gale, a part of the Thomson Corporation. All rights reserved.