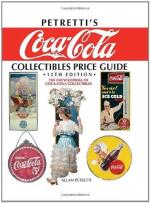 This encyclopedia article consists of approximately 1 page of information about Coca Plant.

The coca plant is a shrub found in the highlands of the Andes Mountains and the northwestern areas of the Amazon River in South America. The plant is also grown in Asia and other parts of the world. Coca plants have long histories of use as medicines and stimulants. The stimulant effects are due to the cocaine the plant contains. However, only two varieties of the more than 200 species of the coca plant contain significant amounts of cocaine.

Legends of native South Americans describe the coca plant's origin and supernatural powers. The Inca called the coca plant a "gift of the Sun God," and believed that it had many magical functions. The Inca and the other civilizations of the Andes chewed coca leaves during social ceremonies and religious rites, as well as for medicine. Because coca leaves also increase energy levels, soldiers used them during the military campaigns of these civilizations, as did messengers who traveled long distances in the mountains.

In the 1500s, under the Spanish conquest of South America, coca plants were systematically cultivated. Chewing coca leaves or drinking coca tea became part of daily life for Indians in South America. Today, Indians living in the Andean highlands continue to use coca leaves as a medicine, as well as for its psychoactive effects. Their society sets standards for acceptable use of coca leaves, and individuals rarely go against those standards.

Chewing coca leaves along with an alkaline substance produces numbing in the mouth and a generally stimulating effect. This effect lasts for about an hour. The cocaine from the plant is absorbed from the inner wall of the cheek as well as from the gastrointestinal tract after saliva containing coca juice is swallowed.

More summaries and resources for teaching or studying Coca Plant.

Coca Plant from Macmillan. Copyright © 2001-2006 by Macmillan Reference USA, an imprint of the Gale Group. All rights reserved.