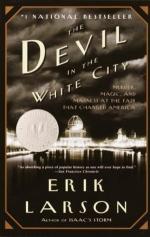 More summaries and resources for teaching or studying Cities.

Cities from Beacham. ©2006 by Beacham. Beacham is an imprint of Thomson Gale, a division of Thomson Learning, Inc. All rights reserved.