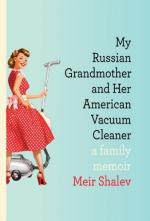 This encyclopedia article consists of approximately 2 pages of information about Carpet Sweeper.

Carpet cleaning before the advent of the mechanical carpet sweeper was a laborious task. Carpets were swept with hand-held whisk brooms and, once or twice a year, were taken outside, hung over a clothesline, and pounded with a carpet beater. The first floor-sweeping machine was patented by Jane (or James) Hume of England in 1811. It consisted of a box containing a brush turned by a pulley--a design that didn't work very well. Lucius Bigelow invented an improved version in 1858; across the ocean, Hiram H. Herrick of Massachusetts patented a mechanical carpet sweeper that same year. All of these devices tended to stir up more dust than they collected and didn't work equally well on floors and carpets. A carpet sweeper patented in 1876 by Melville R. Bissell (1843-1889) of Grand Rapids, Michigan, solved these problems. Bissell owned a china shop and had developed an allergy to the dust from the straw that china was packed in. To eliminate the dust, Bissell designed a sweeper with cylindrical brushes that swept dust into a box and a knob that adjusted the brushes to the surface being swept. Bissell and his wife Anna formed the Bissell Carpet Sweeper Company to market their new product. Women working in their homes made various parts of the sweepers; Anna collected the parts, and she and Melville then assembled them into whole machines. The Bissells' vigorous promotion of their sweepers, coupled with the machine's effectiveness and the new public awareness of the existence of germs, secured the widespread popularity of their carpet sweeper. People spoke of "Bisselling" their carpets; the machine was often called a " bissell" rather than a carpet sweeper. After Melville Bissell died in 1888, Anna Bissell took over as president of the firm, later becoming chairman of the board and remaining so until her death in 1934. Only the advent of the portable electric home vacuum cleaner blunted the popularity of the Bissells' invention.

More summaries and resources for teaching or studying Carpet Sweeper.

Carpet Sweeper from Gale. ©2005-2006 Thomson Gale, a part of the Thomson Corporation. All rights reserved.