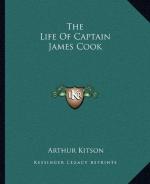 Captain James Cook - Research Article from Science and Its Times

This encyclopedia article consists of approximately 3 pages of information about Captain James Cook.

James Cook was one of the foremost figures of the so-called "Age of Exploration." During his career, Cook circumnavigated the globe twice, and captained three voyages of discovery for England. He made significant contributions to the fields of surveying, cartography, advanced mathematics, astronomy, and navigation. The detailed records of his voyages and contacts with various native peoples are considered the first anthropological survey of the Pacific Islands, Australia, and New Zealand. Cook's voyages sparked European and American interest in Pacific colonization.

James Cook was born in Marton-in-Cleveland, Yorkshire, England. As a youth, he received a modest education, but was a dedicated self-study of mathematics, surveying, and cartography. Cook was apprenticed to a small shop owner, but later left to join a merchant collier fleet at Whitby. Cook earned his mate's certificate, but his merchant career was cut short by his decision...

Captain James Cook from Gale. ©2005-2006 Thomson Gale, a part of the Thomson Corporation. All rights reserved.