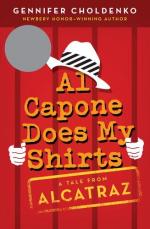 This encyclopedia article consists of approximately 10 pages of information about Capone, Al.

Al Capone was one of the most notorious criminals of all time. During the Roaring Twenties, he gained fame both for the success of his criminal operation and for the violent way it was built and maintained. Capone became a symbol for the lawlessness of this decade, when Prohibition (the constitutional ban on the manufacture and sale of alcoholic beverages that was intended to improve society) seemed to lead directly to murder and corruption. With his bulky body and facial features, his slick suits and hats, his money, power, and disregard for the law, Capone remains a popular icon of the 1920s.

Growing Up Tough in Brooklyn

Alphonse "Al" Capone was born in the Brooklyn area of New York City in January 1899. He was the fourth of nine children born to parents who...

More summaries and resources for teaching or studying Capone, Al.