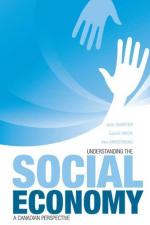 This encyclopedia article consists of approximately 23 pages of information about Canada.

In area Canada is the second largest country in the world. It takes up most of the northern part of the North American continent. More than half of Canada consists of infertile permafrost and tundra. Two-thirds of the people live within 125 miles of the United States, which is a major influence upon the Canadian economy and culture.

Canada's history has produced a unique culture shaped by two successive European conquerors, first the French and then the English. French Catholicism and English forms of Protestantism have continued to act as a quiet conscience for the nation. Many of its early English-speaking settlers were opponents of and refugees from the American Revolution. Further, until the twentieth century Canada remained a part of Britain and its empire, and the country has nurtured a form of government and...

More summaries and resources for teaching or studying Canada.

Canada from Gale. ©2005-2006 Thomson Gale, a part of the Thomson Corporation. All rights reserved.