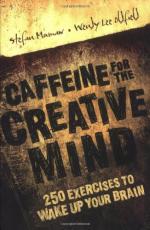 This encyclopedia article consists of approximately 4 pages of information about Caffeine.

Caffeine (kaf-EEN) is an organic base that occurs naturally in a number of plant products, including coffee beans, tea leaves, and kola nuts. It occurs as a fleecy white crystalline material, often in the form of long, silky needles. It usually exists as the monohydrate, C8H10N4O2·H2O, although it gives up its water of hydration readily when exposed to air.

Scientists believe that humans have been drinking beverages that contain caffeine for thousands of years. The first recorded reference to a caffeine drink can be found in a Chinese reference to the consumption of tea by the emperor Shen Nung in about 2700 BCE. Coffee is apparently a much more recent drink, with the earliest cultivation of the coffee tree dated at about 575 CE in Africa.

More summaries and resources for teaching or studying Caffeine.

Caffeine from UXL. ©2008 by U•X•L. U•X•L is an imprint of Thomson Gale, a division of Thomson Learning, Inc. All rights reserved.