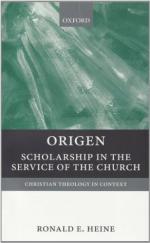 This encyclopedia article consists of approximately 64 pages of information about Buddhism.

Buddhism is the world's oldest missionary religion. Since its beginnings some 2,500 years ago in northern India, it has spread to nearly every region of the world. There are now more than 350 million Buddhists in the world, most of whom belong to one or the other of the two major schools: the Mahayana and the Theravada. About 98 percent of the world's Buddhists can be found in Asia, but there are significant Buddhist communities throughout Europe, North America, and Australia. There are Buddhists who are poor rice farmers in Malaysia and who are wealthy business owners in Chicago.

As it has spread, Buddhism has by necessity also changed, expanding to adapt to many different cultural, linguistic, and geographical settings, incorporating local beliefs and practices, and shifting to accommodate often fluid social and political contexts. The...

More summaries and resources for teaching or studying Buddhism.

Buddhism from Gale. ©2005-2006 Thomson Gale, a part of the Thomson Corporation. All rights reserved.