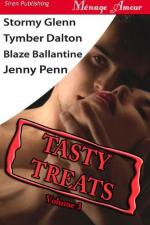 This encyclopedia article consists of approximately 1 page of information about Boiling Point.

Different liquids have different boiling points due to their chemical make up. Any liquid that has a high number of hydrogen bonds will have an elevated boiling point because extra energy must be added into the system to break the hydrogen bonds. For example, water (H2O) has a boiling point of 212°F (100°C). Boiling points can also be altered by changes in pressure, the lower the pressure, the lower the boiling point, this is because the vapor pressure of the liquid at a lower atmospheric pressure does not have to be as high to become equal to that atmospheric pressure. Boiling points also can be altered by adding other chemicals to the liquid. The boiling point of water can be increased by several degrees by adding sodium chloride (common salt).

More summaries and resources for teaching or studying Boiling Point.

Boiling Point from Gale. ©2005-2006 Thomson Gale, a part of the Thomson Corporation. All rights reserved.