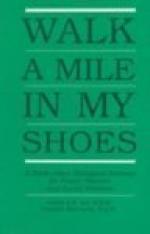 Biological Parent - Research Article from Encyclopedia of Childhood and Adolescence

This encyclopedia article consists of approximately 1 page of information about Biological Parent.

Male or female whose genes provide the genetic makeup of a child.

The definition of the term biological parent has become more complex as medical technology has expanded the parameters of the human reproductive process. Conception of a human fetus may be accomplished through sexual intercourse between the male and female parents, through artificial insemination, or through in vitro fertilization.

The term biological parent is typically used only when a child has more than one set of parents, to distinguish between those who have custody of the child—such as adoptive parents, foster parents, or stepparents—and those who contributed the genetic makeup of the child. The term is legally significant under laws enacted in some states to provide definitions and standards for issues of parentage, especially in those cases involving a paternity suit.

More summaries and resources for teaching or studying Biological Parent.

Biological Parent from Gale. ©2005-2006 Thomson Gale, a part of the Thomson Corporation. All rights reserved.