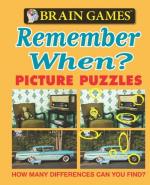 This encyclopedia article consists of approximately 1 page of information about Baseball.

Baseball, America's favorite pastime, is rooted in the English games of cricket and rounders. In colonial times, children in Boston, Massachusetts played variations of these games, including "one-o-cat," (using one base and three players) and " two-o-cat," (using two bases and three players). When there were enough people to form sides, the game was called rounders, town ball, goal ball, or base ball. Each variation involved hitting balls and running for goals. United States Army General Abner Doubleday (1819-1893) never claimed to have invented the game, but he is credited with developing the first baseball diamond. In 1839, at the age of twenty, he drew a diamond-shaped field with four bases 60 feet (18.3 m) apart in his hometown of Cooperstown, New York, and dubbed it a "baseball diamond." One hundred years later, Cooperstown became the home of the National Baseball Hall of Fame. In 1845, Alexander J. Cartwright (1820-1892), a New York City surveyor, established standard rules for the game of baseball and organized the New York Knickerbockers, one of the sport's first teams. The first professional team was the Cincinnati Red Stockings, which formed in 1869. Players earned anywhere between $600 and $1,400 annually. By 1871, nine teams composed the National Association of Professional Baseball Players. The now well-known National League was organized in 1876, while the American League wasn't established until 1900. How did the equipment used in baseball come into being? The catcher's mask, first used by Winthrop Thayer in 1877, was a welcomed invention for bruised and battered catchers used to taking wallops from overhand pitching. William "Gunner" McGunnigle is credited with the invention of the catcher's mitt. Thin lead sheets inserted into the palms of bricklayer's gloves evolved into the catcher's mitt used today.

More summaries and resources for teaching or studying Baseball.

Baseball from Gale. ©2005-2006 Thomson Gale, a part of the Thomson Corporation. All rights reserved.