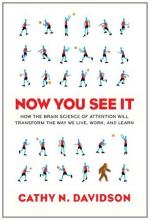 Attention - Research Article from Encyclopedia of Childhood and Adolescence

This encyclopedia article consists of approximately 2 pages of information about Attention.

Concentration on a task.

Attention is concentration, or perceptive awareness, focused on a stimulus, such as a book or worksheet. During such periods of attention, the individual focuses on the stimuli of the task and ignores other environmental stimuli. There are distinct and measurable neurological and physiological aspects of attention, and the ability to achieve a state of attention may be limited by mental or physical dysfunctions. In fact, even short-term illnesses such as the flu can adversely affect the individual's ability to concentrate.

Attention is directed toward a stimulus for any one of a number of...

More summaries and resources for teaching or studying Attention.

Attention from Gale. ©2005-2006 Thomson Gale, a part of the Thomson Corporation. All rights reserved.