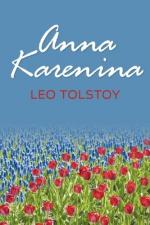 Related Topics
How Much Land Does a Man Need?
God Sees the Truth But Waits

Anna Karenina - Research Article from Literature and Its Times

Count Leo Nikolaevich Tolstoy was born into a noble family in 1828. Tolstoy's youth was spent among the world of the upper-class gentry during the last decades of serfdom in Russia. Throughout his life, Tolstoy felt torn between his own conflicting attitudes regarding the future of Russia and those of his noble class. By the time Tolstoy was in his early thirties he had discarded most of the trappings of gentry life and was spending much of his time working with and teaching the peasants of his estate, not unlike his character Levin in Anna Karenina. The writer also became concerned about other pressing social issues of his period, many of which appear in the pages of this novel.

The emancipation of the serfs. When Czar Alexander II came to power in 1855, he launched an...

More summaries and resources for teaching or studying Anna Karenina.

Anna Karenina from Gale. ©2008 Thomson Gale, a part of the Thomson Corporation. All rights reserved.