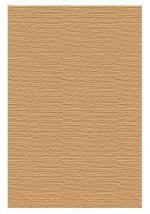 Alfred Binet - Research Article from Science and Its Times

This encyclopedia article consists of approximately 2 pages of information about Alfred Binet.

Alfred Binet played an important role in the development of experimental and child psychology. Together with Theodore Simon, he developed the first tests designed to measure intelligence and compute mental age. Many presentday intelligence tests are based on the original Binet-Simon tests.

Binet was born on July 18, 1857, in Nice, France. His father was a physician, and his mother an artist. Although trained as a lawyer, he found that the legal profession did not suit him; he was more interested in understanding the workings of the human brain. In 1878 he went to study and work at the Salpetriere Hospital in Paris under the neurologist Jean Charcot (1825-1893). He married Laure Balbiani, the daughter of an embryologist at the College de France, in 1884. He remained at the Salpetriere for 13 years, and also worked in his father-inlaw's laboratory.

In 1891, Binet began working in an experimental psychology...

More summaries and resources for teaching or studying Alfred Binet.

Alfred Binet from Gale. ©2005-2006 Thomson Gale, a part of the Thomson Corporation. All rights reserved.