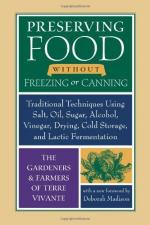 This encyclopedia article consists of approximately 17 pages of information about Alcoholism.

This section contains articles on some aspects of chronic drinking: Abstinence versus Controlled Drinking and Origin of the Term. For further information on this subject, see Disease Concept of Alcoholism and Drug Abuse and the sections on Complications, on Treatment and on Withdrawal.

The position of ALCOHOLICS ANONYMOUS (AA) and the dominant view among therapists who treat alcoholism in the United States is that the goal of treatment for those who have been dependent on alcohol is total, complete, and permanent abstinence from alcohol.

Abstinence was at the base of Prohibition (legalized in 1919 with the Eighteenth Amendment) and is closely related to prohibitionism—the legal proscription of substances and their use.

Although temperance originally meant moderation, the nineteenth-century TEMPERANCE MOVEMENT 's emphasis on complete abstinence from alcohol and the mid-twentieth century's experience of the ALCOHOLICS ANONYMOUS movement have strongly influencedalcohol-anddrug-abuse treatment goals in the...

More summaries and resources for teaching or studying Alcoholism.

Alcoholism from Macmillan. Copyright © 2001-2006 by Macmillan Reference USA, an imprint of the Gale Group. All rights reserved.