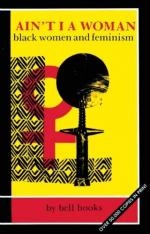 "Ain't I a Woman?" - Research Article from Literature and Its Times

This encyclopedia article consists of approximately 12 pages of information about "Ain't I a Woman?".

Sojourner Truth was born in New York's Ulster County around 1797. Owned by several different families of New York, she was finally set free in 1827 after thirty years in slavery. Although she never learned to read or write, her personal magnetism and imposing presence made Truth a powerful champion of abolition and women's rights. Sojourner Truth staunchly believed that both slaves and women faced similar injustice and inequality. She devoted most of her adult years to speaking publicly about the wrongs of oppression and slavery in any form. Truth delivered her most famous speech on the issue at the Women's Rights Convention in Akron, Ohio, in May 1851.

Slavery. From 1820 to 1860 cotton production in the South soared to its highest level. The South relied heavily on slave labor to plant and harvest...

More summaries and resources for teaching or studying "Ain't I a Woman?".

"Ain't I a Woman?" from Gale. ©2008 Thomson Gale, a part of the Thomson Corporation. All rights reserved.