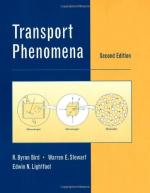 This encyclopedia article consists of approximately 2 pages of information about Active Transport.

There are two main types of active transport; movement directly across the cell membrane with assistance from transport proteins, and endocytosis, the "engulfing" of materials into a cell using the processes of pinocytosis, phagocytosis, or receptor-mediated endocytosis.

More summaries and resources for teaching or studying Active Transport.

Active Transport from Gale. ©2005-2006 Thomson Gale, a part of the Thomson Corporation. All rights reserved.