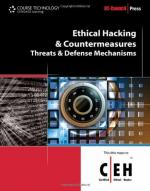 Get Acting Out from Amazon.com
View the Study Pack
Encyclopedia Article
Acting Out

Acting Out - Research Article from Encyclopedia of Childhood and Adolescence

This encyclopedia article consists of approximately 1 page of information about Acting Out.

A defense mechanism whereby an individual expresses feelings through behavior rather than word.

The term "acting out" was first coined to describe the behavior exhibited by a patient in expressing inner feelings about his or her psychoanalyst in a psychotherapy session. By the mid-1990s, the expression had acquired a broader definition, and was used to describe any situation where an individual's behavior seemed to reflect the expression of unconscious feelings or conflicts in actions rather than words. Acting out behavior may range from mildly disruptive in a preschool or home setting to dangerous, such as self-harm or suicidal gestures. In children, acting out may result in social isolation and limit his or her ability to engage in and learn from new experiences.

Children may act out as a way to express powerful, painful, and/or confusing feelings that they are unable to verbalize. Parents and teachers dealing with acting out behavior often select a two-pronged approach, depending upon the severity of the situation. The first strategy is aimed at managing the behavior itself: the adult helps the child to learn to substitute an acceptable behavior as an expression of his or her feelings. Secondly, the adult may want to support the child in investigating and dealing with the feelings he or she is expressing in acting out behavior. This investigation often requires the guidance of a trained child psychologist or psychotherapist.

More summaries and resources for teaching or studying Acting Out.

Acting Out from Gale. ©2005-2006 Thomson Gale, a part of the Thomson Corporation. All rights reserved.