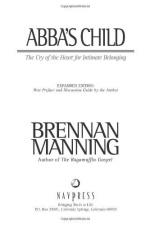 This encyclopedia article consists of approximately 1 page of information about Abba.

Associated with the disco scene of the 1970s, the Swedish quartet ABBA generated high charting hits for an entire decade, and for years trailed only the Volvo motor company as Sweden's biggest export. Comprised of two romantic couples—Bjorn Ulvaeus and Agnetha Faltskog, and Benny Andersson and Frida Lyngstad—ABBA formed in the early 1970s under the tutelage of songwriter Stig Anderson and scored their first success with "Waterloo" in 1974. From that point on, ABBA blazed a trail in pop sales history with "Dancing Queen," "Voulez Vous," "Take a Chance on Me," and many other infectious singles, spending more time at the top of United Kingdom charts than any act except the Beatles. Although the group (as well as the Andersson-Lyngstad marriage) dissolved in the early 1980s, ABBA's legion of fans only grew into a new generation. Notably, ABBA was embraced by many gay male fans. Songs like "Dancing Queen" practically attained the status of gay anthems.

More summaries and resources for teaching or studying Abba.

Abba from Gale. ©2005-2006 Thomson Gale, a part of the Thomson Corporation. All rights reserved.