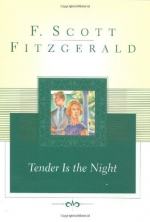 Tender is the Night Notes

Tender is the Night Notes & Analysis

The free Tender is the Night notes include comprehensive information and analysis to help you understand the book. These free notes consist of about 98 pages (29,337 words) and contain the following sections:

These free notes also contain Quotes and Themes & Topics on Tender is the Night by F. Scott Fitzgerald.

Tender is the Night Plot Summary

Rosemary met Nicole and Dr. Dick Diver on summer at the French Riviera. She fell in love with Dick. After spending some time at the Riviera with the Divers, the Norths, and her mother, she left her mother and traveled with the rest of the group to Paris. Here, she shopped with Nicole and enjoyed herself. Dick started to fall in love with her, and they all celebrated her eighteenth birthday. One night, when they returned to the hotel, Abe, who was supposed to have left Paris the day before, showed up drunk and said that Dick had to help him protect a Negro who had helped him identify the person who had stolen money from him. The Negro was in trouble because the other Negroes were angry with him. Feeling that Abe, Rosemary, and Dick wanted some privacy, the Negro went outside to wait in the corridor. Dick told Abe to go and freshen up, and to return later. When Rosemary returned to her room, she found the Negro laying dead on her bed. So that nobody would accuse Rosemary, Dick took his bed sheets and put them on Rosemary's bed, and took Rosemary's and asked his wife, Nicole, to clean them. After putting the body in a believable position on the floor in the corridor, Rosemary and Dick returned to the Diver's suite to find Nicole crying and rocking herself on the bathroom floor, holding the bloody sheets. She had drifted back into insanity. Rosemary returned to her mother.

Dick arrived in Zurich in 1917, at the age of 26, and was a neuropathologist. Nicole had been one of his patients, and was a schizophrenic as she was scared of men. Nicole and Dick fell in love, despite the fact that her sister, Beth, thought that Dick was marrying Nicole for her money, and that there was a big difference in social status between the two families. Beth was always concerned about Nicole's condition, and now, Franz, one of Dick's colleagues, suggested that he and Dick open up a clinic. Beth liked the idea since that would mean that Nicole would live near it. They used Nicole's money to finance it. After eighteen months at the clinic, Dick decided to leave the clinic. One day, upon returning home, there was a letter to Nicole saying that Dick had seduced one of his patients. Although this was not true, they had an argument and got into a car accident. After this, Dick told Nicole that he wanted to go to the Psychiatric Conference in Berlin, although he had no intention of doing this, but needed time away.

During his time away, Dick learned that Abe had died. Dick also started forming a drinking habit. He started falling in love with every girl he saw. During this time, his father died and so he went to America. Here, he saw Rosemary, whom he hadn't seen in four years, and they flirted some more with each other before finally sleeping together. Afterwards, they both realized that they weren't really in love. Dick then got drunk and got into a fight with a cab driver, and ended up at the police station where he punched a policeman. Beth was the one who had to get him out, and he felt ashamed.

When Dick returned, it was obvious that things between him and Nicole were over, and Nicole told him that she had feelings for Tommy Barban, one of their friends who Dick had never liked. Tommy said that he loved Nicole too. Dick spoke with Mary North and she said that everybody had loved him, but that his alcohol problem had caused him to lose many friends. Dick was glad that she was honest with him.

More summaries and resources for teaching or studying Tender is the Night.

Tender is the Night from BookRags. (c)2020 BookRags, Inc. All rights reserved.