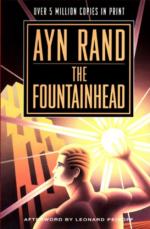 Part 1, Chapter 14 Notes from The Fountainhead

Lucius recovers from his stroke and returns to the office, refusing to die. Keating has no patience for him and is rude to him; Lucius told Francon to get rid of Keating. There is a competition for the Cosmo-Slotnik Building, a huge skyscraper in the middle of New York that would be the home to forty floors of offices and a movie theatre. Judges for the competition included a professor from Stanton, Holcombe, and Toohey. Keating is essentially promised partnership by Francon if he wins. He chooses the style of Renaissance because it is Holcombe's preference. When he finishes the design, he can't decide whether it is good or horrible and decides to visit Roark and ask him to look at the plans. Roark makes many changes, and Keating uses all of these changes, redraws the plans, and submits them.

Meanwhile, Roark is running out of money and has no work to do. His rent and telephone bills are overdue. John Fargo, whose store Roark designed, went under, and everyone blames the building, although his business had been declining for a long time. Athelstan Beasley writes a humorous column making fun of Roark. Roger Enright looks for an architect to design his home. Roark gets an appointment with his secretary, who looks at his sketches and turns him down. Mr. Weidler of the Manhattan Bank Company comes to him about a commission and says he will bring Roark's plans to the board to decide.

Henry Cameron has a relapse and asks for Roark to come to him; he does, and stays there for three days. Cameron tells Roark that it is Wynand he will have to fight. He dies soon after.

Keating sees Catherine frequently; he tells her he will marry her when he wins the contest. He also spends more time with Dominique; he wants her, forgetting at times that she is Francon's daughter. After a ball one evening, he goes with her up to her apartment where he kisses her and finds her to be completely frigid. She says she's never been in love, even though she wants to be with him. He asks her to marry him, and she replies that if she ever wants to punish herself for something terrible, she will marry him.