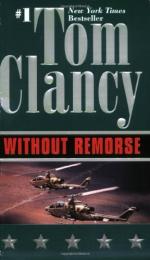 This is the protagonist of the book.

This is a former prostitute whose dead body is laid on a floor to set an example for others.

This person is a nurse who later marries the protagonist.

This is a young black woman who is a prostitute and helps police find a drug lab.

This person is a prisoner of war being kept in Vietnam.

This person is in charge of a large drug operation on the East coast.

This is a Russian official who interrogates prisoners of war.

This is the person who is the spy in the police department.

This person is a former prostitute who is killed along with her father after she escapes imprisonment.