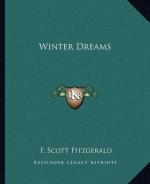 Dexter's early winter dreams were of him winning golf championships; what would yours be?

Dress like a character from the story. The class gets to guess who you are.

Portray a character's actions without using words. The rest of the class is to guess who you are supposed to be.

What if Dexter were Poor?

Write an alternate ending to Part 1 as if Dexter were poor. Would he have still quit caddying?

An Ode to No One

Write a poem from one character to another. Be creative. It can be friendly or spiteful.

What's in the News?

Find a newspaper article about someone that is like a character from Winter Dreams. Be prepared to present your person to the class.

Speculate in small groups on whether Judy would have hit Mr. T. A. Hedrick with the...

More summaries and resources for teaching or studying Winter Dreams.