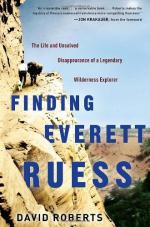 1. What did Morrison believe the self-interview was?
(a) The honesty blinded by delusions of grandeur.
(b) The essence of creativity.
(c) The truth hidden behind the eyes.
(d) The humility one never shows.

2. According to the Prologue, what was the purpose of real poetry?
(a) "It just ticks off the possibilities."
(b) "It reveals a silver lining for the burned."
(c) "It shows reality in a colored light."
(d) "It shows the darkness inside."

4. Why did Morrison say that poetry appealed to him?
(a) Because it was similar to music.
(b) Becasue it was eternal.
(c) Because it meant he was an artist.
(d) Because it spoke in a way lyrics could not.