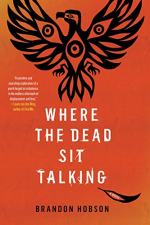 1. What is the name of the county where Sequoyah and his mother used to live?
(a) Little Crow County.
(b) Prairiewolf County.
(c) Cherokee County.
(d) Snake River County.

2. To what Native American tribe do Sequoyah and his mother belong?
(a) Cherokee.
(b) Iroquois.
(c) Chippewa.
(d) Comanche.

3. How are Sequoyah and his great-grandfather alike?
(a) They both live in the city.
(b) They both believe in spirits and the spirit world.
(c) They both speak three languages.
(d) They both have scars on their faces.

5. Who was Sequoyah named for?
(a) The creator of the Cherokee language.
(b) A spirit warrior who danced in the sky.
(c) The great battle chief of the Cheyenne.
(d) His mother's brother.

6. What caused Sequoyah's scars?
(a) Hot grease flung from a spatula by his mother.
(b) Injuries from a terrible car accident.
(c) A severe case of measles.
(d) An attack by a wild cat.