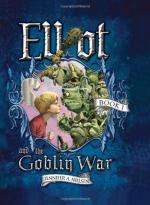 Choose what songs you would put on a soundtrack that could accompany the story. At what point in the story would you play each songs?

Assign one person in the class the role of Klara and ask the other students to make up male character that they think Klara would consider for a serious relationship. Each student should then take it in turns to talk to Klara for 2 minutes. At the end, Klara needs to decide whom she wants to date.

Choose one of the characters from the book and think about how he or she would look, walk and act in general. Find some clothes from home and bring them into class. The task is then to walk around the class dressed up and acting like your character. The only...