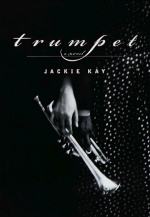 Jackie Kay
This set of Lesson Plans consists of approximately 146 pages of tests, essay questions, lessons, and other teaching materials.

3. What did Joss used to do for Millie every night they were married?
(a) Brush her hair.
(b) Read her a story.
(c) Take off her makeup.
(d) Sing her a song.

4. What is the name of the family butcher shop that Millie has gone to since she was a child in Scotland?
(a) Stones and Sons.
(b) F. Futcher and Son.
(c) Maloney's.
(d) Bertrand's and Sons.

5. What does Millie first think when Joss tells her he has a secret and starts taking off his shirt?
(a) That he has to put on makeup to cover up the blotches on his skin from a skin disorder.
(b) That he has broken bones.
(c) That he has been in an accident and has scars.
(d) That he may have a prosthetic arm.

1. What does Colman use his keys to his parents' house in London to get in and look for?

2. Who was the only friend who got to come to Torr with Colman and Millie and Joss?

3. What does Millie see that first make her realize Joss is a transgender person?

4. What is the name of the locksmith who changes Millie's locks in Torr?

5. What did Millie's mother suffer from when Millie was a teenager?

1. Why does Millie Moody go to her house in Torr following her husband Joss's death?

2. Why are throngs of people waiting outside of Millie Moody's house several days after Joss Moody's death and funeral?

3. What is the biggest fight Joss and Millie have in their marriage about?

4. Why is the verse from the George Gershwin song "They Can't Take That Away From Me" that Kay begins the book with so significant to Millie's life?

5. What does Joss Moody tell his son Colman when Colman asks him about Joss's own father?

6. How does Joss first reveal his secret to Millie?

7. What does the registrar, Mr. Sharif, particularly notice and like about Millie Moody?

8. What kinds of dreams does Millie start to have after Joss's death?

9. How does Colman Moody find out that his father Joss Moody was a transgender person?

10. What does Millie ask the registrar to do that means so much to her in registering Joss's death?

More summaries and resources for teaching or studying Trumpet:.