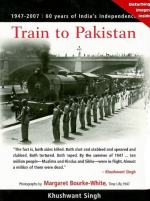 Draw an image of the train station, as it is described at the beginning of the novel. Be sure to include details such as the shopkeepers and stationmaster in your drawing.

Find a newspaper article that talks about the corruption of a government official and present the article to the class.

Write a letter from Iqbal to his family abroad, discussing his experiences with the local community of Mana Majra. Be sure to include his opinions of the people, the culture, the lack of education and the lack of a desire for freedom in the letter.

Draw two value charts, those of the local residents of Mana Majra, and those of foreign individuals such as Iqbal. Be sure to include a number of values and write a short paragraph, explaining why you placed the value in its position...