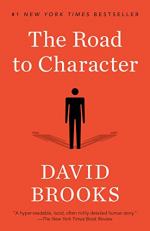 David Brooks
This set of Lesson Plans consists of approximately 129 pages of tests, essay questions, lessons, and other teaching materials.

1. Who sent Brooks an email responding to a column he wrote that Brooks says explains the mythology of his book?
(a) A writer named Emily Smith.
(b) A religious leader named Joel Jacobs.
(c) A veterinarian named Dave Jolly.
(d) A former teacher of Brooks' named Selena Jeffries.

2. What does Brooks say, in Chapter 3, is the most powerful way of fighting sin?
(a) Giving to charity.
(b) Living in a sweet, loving way.
(c) Practicing what you preach.
(d) Going to church.

4. What is the title of Kirstin Downey's biography about Perkins?
(a) The Woman Behind the New Deal.
(b) The Calm Before the Storm.
(c) My History.
(d) A Life in Activism.

5. Harry Emerson Fosdick once wrote that the beginning of worth-while living involves a confrontation with whom?
(a) Our friends.
(b) Our Gods.
(c) Our parents.
(d) Ourselves.

6. What is the title of William James' treatise that Brooks reference in Chapter 3?
(a) Love and Hate.
(b) Habit.
(c) Sin.
(d) Self-control.

7. Immanuel Kant once wrote that no straight thing was ever made out of which of the following?
(a) A sinner's wishes.
(b) An egotistical personality.
(c) The crooked timber of humanity.
(d) Cedar wood.

8. In Chapter 1, Brooks writes that the struggle against the weakness in yourself is never which of the following?
(a) A solitary struggle.
(b) A paid struggle.
(c) An easy struggle.
(d) A worthwhile struggle.

9. What was one tactic Eisenhower used when he was irritated with someone as a way of controlling his anger?
(a) He recorded himself giving the person a piece of his mind.
(b) He wrote their name on a piece of paper and threw it in the trash.
(c) He talked to his wife about it.
(d) He went on hikes to relax.

10. What significant federal program was Perkins an advocate for?
(a) The Affordable Care Act.
(b) The Americans With Disabilities Act.
(c) The Jobs and Raises Act.
(d) The New Deal.

12. What was the name of Dwight Eisenhower's mistress?
(a) Fanny Packard.
(b) Jane Wright.
(c) Kay Summersby.
(d) Ellen McDonnel.

13. What kind of apparel did Dwight Eisenhower often wear when he was in a foul temper?
(a) A brown suit.
(b) Wing-tipped shoes.
(c) A black suit.
(d) A baseball cap.

14. Where was Ida Eisenhower born?
(a) Los Angeles.
(b) The Shenandoah Valley in Virginia.
(c) New York City.
(d) The Hudson River Valley.

15. What did Ida Eisenhower do after losing a son named Paul?
(a) Left the family.
(b) Had a nervous breakdown.
(c) Became even more loving and caring to her other children.
(d) Joined a religious group that would later evolve into the Jehovah's Witnesses.

2. Who was Dwight Eisenhower's vice president?

3. What was Day fascinated with as an adolescent, according to Brooks?

4. What was the title of Day's novel that was based on her early disordered life?

5. What did Perkins' grandmother tell her to do when social disaster strikes?