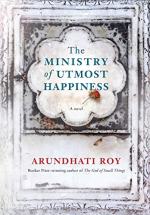 Arundhati Roy
This set of Lesson Plans consists of approximately 122 pages of tests, essay questions, lessons, and other teaching materials.

1. What has caused the change in Biplab's views on the militant movement in Kashmir by the end of the novel?
(a) The documents from Tilo's apartment.
(b) His love affair with Comrade Maase Revathy.
(c) His experiences in Mumbai.
(d) His experiences in Kabul.

2. Where was Miss Jebeen buried?
(a) The Jairampur Cemetery.
(b) The Sewri Christian Cemetery.
(c) The Khushbagh.
(d) The Mazar-e-Shohadda.

3. Where does the narrator describe Tilo meeting Musa alongside an entourage of orphan boys in Chapter 8?
(a) The Yellow Bridge.
(b) The Blue Fort.
(c) The Red Fort.
(d) The cemetery.

1. To whose shrine did Anmum take Saddam and Zainab after their wedding in Chapter 10?

2. What did Amrik Singh give to Musa as he departed for his father in Chapter 9?

4. What took place after a member of the wedding party announced his father had died at that location in Chapter 10?

5. Who became the new Prime Minister of India in Chapter 10?

1. How is Tilo's mother described? How did Tilo feel about her mother?

2. How were Tilo and the baby greeted at the Jannat Guest House in Chapter 8?

3. Where were Musa's recoveries stored? Why?

4. How does the narrator describe Tilo's act of leaving Naga in Chapter 8? For how long were they married?

6. What are comprised of Musa's "recoveries"?

7. What is included in Tilo's notebook that she examined in Chapter 8? Why did Musa have this notebook?

8. What questions are posed to the reader regarding the men crushed by the truck in Chapter 8? Why are these questions significant?

9. What classes were being taught at the Jannat Guest House in the beginning of Chapter 10?

10. How is the theme of gender expectations explored in Chapter 10?

The Ministry of Utmost Happiness from BookRags. (c)2022 BookRags, Inc. All rights reserved.