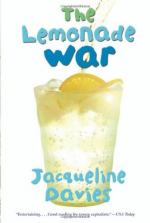 2. What is the main character, Evan Trenski, doing at the start of Chapter 1?
(a) Playing with a marble track.
(b) Hanging out with his best friend, Spencer.
(c) Talking on the phone with Megan Moriarty.
(d) Throwing a baseball into the air and catching it.

3. What made the game Evan is playing as the book opens just interesting enough to keep it going?
(a) The chance that his mother would catch him and get angry.
(b) The idea that if he practiced enough, he would become an expert.
(c) The thought that if he missed, he would probably break his nose.
(d) The hope that he would get the marble in the bull's eye.