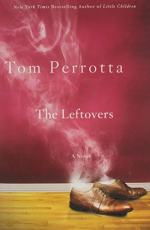 1. Where has Kevin made reservations to take Nora for Valentine's Day in Part Four?
(a) The Thirsty Tiger.
(b) Bennigan's.
(c) The Opal Den.
(d) Pamplemousse.

4. What establishment does Tom tell Henning to go to in order to get initiated with the Barefoot People in San Francisco?
(a) Wilson's Diner.
(b) Asbury St. Bakery.
(c) The Blackfoot Lodge.
(d) Elmore's Cafe.

5. Who has assigned Laurie and Meg to Outpost 17?
(a) Steve Wiscziewski.
(b) Patti Levin.
(c) Kylie Mannheim.
(d) Liz Yamamoto.

8. Who is the school counselor that has met with Kevin regarding Jill's grades in Part Three?
(a) Ms. Margolis.
(b) Mr. Coleman.
(c) Mr. Skandarian.
(d) Ms. Durst.

9. What does Tom tell Henning Christine's name is when they meet at the bus station in Part Three?
(a) Jennifer.
(b) Marie.
(c) Emily.
(d) Sarah.

11. What does the coffee mug say that Aimee gives to Kevin for Christmas in Part Three?
(a) #1 Dad.
(b) Lost Coast Warrior.
(c) Coffee is for Fools.
(d) World's Best Mayor.

15. Who does the police chief say spent the night in jail after threatening his wife again in Part Three?
(a) Roy Grandy.
(b) Doug Durst.
(c) Ralph Sorrento.
(d) Steve Grice.

1. Which of Laurie's new housemates at Outpost 17 has severe asthma?

2. For how long has Kevin been back from Florida in the beginning of Part Four"?

3. What color is the bedroom that Laurie chooses at Outpost 17?

4. What color is the house that is called Outpost 17?

5. How old was Jason Falzone when he was killed?

The Leftovers from BookRags. (c)2021 BookRags, Inc. All rights reserved.