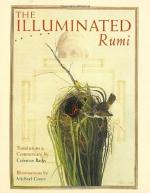 1. What is the profession of Rumi when Barks introduces him at the beginning of this book?

Rumi is a Middle Eastern doctor of theology living in Turkey when Barks introduces him at the beginning of the book.

2. What is the question Shams asks Rumi, which leads Rumi to believe that Shams is a great person?

Shams asks Rumi who is greater: Muhammad, the messenger of God, or Bestami, a mystic who claimed to be one with God.

3. What does Rumi do when he is so impressed with the depth of the knowledge of Shams?

Rumi is so impressed with the question Shams asks that he falls off of his donkey and is rendered unconscious for a little while.

4. Why was Shams pushed out of the area by the students of Rumi, according to the beginning of the book?

Shams is pushed out of the area because Rumi's students saw him to be a madman and didn't want him around anymore.