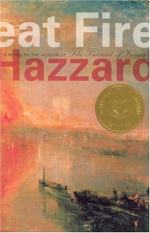 1. Where is Aldred Leith and what is he doing?

Aldred Leith is traveling within Japan and is arriving in Ita Jima when the book opens. He is a solider for the Allied Forces and after one chapter, we aren't entirely sure why Aldred is in Japan.

2. Why is Professor Gardiner in prison during the war?

Professor Gardiner is in prison during the war because the Axis Forces give him two choices: He either goes back to Germany or goes to prison in Japan. He chooses Japan, which may have to do with his Japanese wife.

3. What happens to Professor Gardiner's wife?

4. Why doesn't Aldred mind being alone?

Aldred doesn't mind being alone because he is alone so much that he hardly notices it anymore. He travels alone for two years following the end of the war, is divorced and becomes used to the concept.