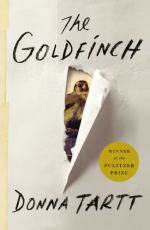 Donna Tartt
This set of Lesson Plans consists of approximately 147 pages of tests, essay questions, lessons, and other teaching materials.

2. How does Theo describe his father in “the diplomatic way of putting it” in Chapter 2: “The Anatomy Lesson”?
(a) Unreliable.
(b) Caustic.
(c) Disposable.
(d) Explosive.

3. Where did Theo’s mother live by Annette, the fireman’s widow?
(a) Queens.
(b) The Lower East Side.
(c) The Bronx.
(d) Greenwich Village.

5. What is the name of the boy that Boris becomes jealous over because Kotku flirted with him after class in Chapter 6: “Wind, Sand and Stars”?
(a) Tyler Olowska.
(b) Larry Decker.
(c) Chance Barbour.
(d) James Hobart.

6. What museum are Theo and his mother when his mother is killed?
(a) The Guggenheim.
(b) The Museum of Modern Art.
(c) The Ben Franklin Museum.
(d) The Metropolitan Museum of Art.

9. What is the name of the social worker from the Department of Child and Family Services that calls Theo and asks to speak to his father in Chapter 2: “The Anatomy Lesson”?
(a) Carson McCullers.
(b) Joey Cable.
(c) Marjorie Beth Weinberg.
(d) Mathilde Beeman.

10. What are the names of Andy Barbour’s younger siblings?
(a) Pippa and Tom.
(b) Toddy and Kitsey.
(c) Peter and Sarah.
(d) Jerry and Kelly.

12. How frequently does Theo say he has to see the state-assigned therapist after his mother’s death in Chapter 4: “Morphine Lollipop”?
(a) Once a month.
(b) Three times a week.
(c) Twice a week.
(d) Once a week.

1. Where does Naaman Silver tell Theo he is from in Chapter 6: “Wind, Sand and Stars”?

2. How does Theo describe his mother’s heritage in Chapter 1: “Boy with a Skull”?

3. What family heirloom does Theo accuse Xandra of stealing from his mother in Chapter 6: “Wind, Sand and Stars”?

4. What is the name of Theo’s father’s secretary that calls when he stops coming to work in Chapter 2: “The Anatomy Lesson”?

5. What color hair does Theo describe his mother as having in Chapter 1: “Boy with a Skull”?