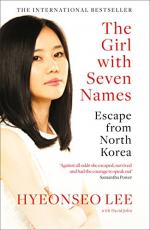 1. What does the author claim is ironic about North Korea's beginnings as a communist state?

The author states that the caste system in North Korea known as songbun has created "a social hierarchy more elaborate and stratified than anything seen in the time of the feudal emperors" (6). She is noting that while the goals of communism are to divide the power equally among all citizens, the reality that has emerged from those beginnings serves instead to oppress nearly everyone living in North Korea, except perhaps those within the ruling Kim family. Evidence she provides for the hierarchical nature of the state is the fact that a full 40% of the population in North Korea occupies the category of songbun referred to as the hostile class, and only the elite are given permission to live within the capital of Pyongyang.