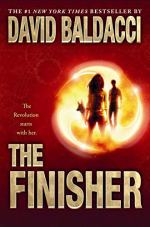 2. Who is the head of the Council and the leader of Wormwood?
(a) Quentin Herms.
(b) Thansius.
(c) Thaddeus Kitchen.
(d) Domitar.

5. Of what race is the Wug Nida said to have descended from in UNDEVIGINTI: “Truly Alone”?
(a) The Jabbit race.
(b) The Adar race.
(c) The Pech race.
(d) The Creta race.

6. What does Vega do with the note that a coworker leaves by her workstation?
(a) She burns it.
(b) She eats it.
(c) She throws it out the window.
(d) She hides it in her cloak.

7. What did Delph witness when he was six years old?
(a) The death of Thaddeus Kitchen.
(b) The escape of Quentin Herms.
(c) The Battle of the Beasts.
(d) Virgil’s Event.

9. Morrigone tells Vega that she will send whom to pick up John at first light?
(a) Bogle.
(b) Thansius.
(c) Newton.
(d) William.

13. What is the name of the guard who stamps the employees’ hands when they enter Stacks?
(a) Hector Jane.
(b) Quentin Herms.
(c) Thaddeus Kitchen.
(d) Dis Fidus.

15. According to Vega, what is the history behind the name "Stacks"?
(a) It is a building stacked on top of another building.
(b) Stacks is the last name of the founder of the factory.
(c) It is a factory that produces chimney stacks.
(d) It has many chimney stacks on the roof.

1. Who is the Wug that owns a confectionery shop and tells Vega about the special meeting that’s been called?

2. The chain that Vega discovers in UNDECIM: “The Chain of Destin” behaves like what kind of creature?

3. According to Domitar, what was his childhood dog's name?

4. What does Vega discover piled in the pit that she finds inside the magical room at Stacks?

5. What is the title of the book that Vega Jane finds hidden in Quentin Herms’s home?

The Finisher from BookRags. (c)2022 BookRags, Inc. All rights reserved.