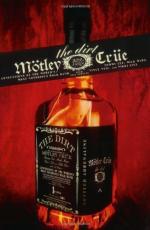 The Dirt: Confessions of the World's Most Notorious Rock Band Fun Activities

Tommy Lee
This set of Lesson Plans consists of approximately 125 pages of tests, essay questions, lessons, and other teaching materials.

Research a rock and roll band from the 1980s. Present your findings as well as a music and video clip in a ten-minute presentation.

Choose an aspect of life in the 1980s and research it. Write an essay on your findings.

Research this war between the former Soviet Union as well as the Space Race. Write a one-page paper to share your findings.

Choose an aspect of 1980s pop culture. Research this and write an essay explaining how it has influenced us today.

Using a program such as Garage Band or Audacity, create your own music and play it for the class. The song should be two to three minutes in...

The Dirt: Confessions of the World's Most Notorious Rock Band from BookRags. (c)2021 BookRags, Inc. All rights reserved.