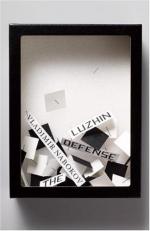 The main character of the novel, this person does not fit into society and is lost and isolated. As a child, this moody, ill-mannered and thoughtless character is indifferent, often cold, and prone to tantrums. At school, this character shuns the company of other children, convinced that they bear ill-will. This character turns out to be a chess prodigy. Preferring mathematics, logical patterns, and geometric shapes, this person is unsettled by things which serve no purpose or which seem haphazard or ill-conceived. The main character demonstrates little or no talent for creative pursuits, abstractions and social interaction. As the story progresses, this character goes slowly mad, trying to find logical patterns where none exist.

This character, whose name is never given, is a twenty-five-year-old émigré Russian debutante, compassionate to a fault, unable to abide pain. This person is educated, well-read and loves poetry...

The Defense from BookRags. (c)2023 BookRags, Inc. All rights reserved.