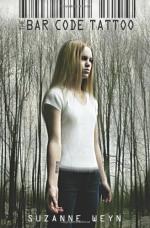 Suzanne Weyn
This set of Lesson Plans consists of approximately 137 pages of tests, essay questions, lessons, and other teaching materials.

1. What bothers Kayla and Mfumbe about their survival methods?
(a) They have to kill small animals.
(b) They have often hurt others.
(c) They have to steal.
(d) They are afraid they'll eat something poisonous out in the wilds.

2. How does Mfumbe enter the kitchen?
(a) The ceiling crawl space.
(b) The crawl space under the cabin.
(c) A hatch in the floor.
(d) The attic ladder.

4. For what does Kayla exchange her hospital gown?
(a) A suit she finds in another room.
(b) A nurse's uniform.
(c) An orderly's uniform.
(d) A bathrobe.

5. What happens when Kayla starts to run away from the wreck?
(a) The police fire at her.
(b) She hears a gunshot and then Mava is no longer screaming.
(c) She twists her ankle.
(d) She hears Mava scream.

1. While in the diner, what does Kayla consider doing?

2. Where was August working after high school?

3. Where do Mfumbe and Kayla end up?

4. What does Mfumbe tell Kayla in a vision?

5. Who does Kayla see on the trail on her way to Eutonah?

1. What does Kayla admit to herself as she is leaving the hospital?

2. How does Kayla explain her need to use the e-card to the waitress in the diner?

3. After Kayla says goodbye to Katie, she goes to a diner. What does Kayla see on the diner's television?

4. How do Kayla and Mfumbe get a ride heading north? Why do they eventually have to give up the ride?

5. How does Kayla connect with Mfumbe again?

6. What does Katie tell Kayla concerning the bar code?

7. What does Kayla find as she follows a stream in the woods?

8. Why does Kayla lie down in the woods and sleep after leaving the hospital?

9. What vision does Kayla have the morning after their first night of traveling northward?

10. Where are Mava and Tova moving? How does the move affect Kayla's plans?